In this episode, I take a look at what Goldman Sachs has to do with crypto. Whether it's picking up extra-institutional volume or seeking recruitment opportunities, the demise of FTX has a silver lining for some of the largest investment banks on Wall Street.

Then over to Credit Suisse, whose shares are actually outperforming the broader market today after the Swiss firm raised $4.3bn in a two-pronged capital increase.

Finally, England faces France in the quarter-final of the FIFA World Cup this weekend. Find out who has the better track record and my prediction for the winner!

During this week’s episode, we discussed what Goldman Sachs has to do with Crypto. We also spoke about Credit Suisse, whose shares are actually outperforming the broader market today after the Swiss firm raised $4.3bn in a two-pronged capital increase.

This week, Reuters released an exclusive article talking to the US investment bank, and it comes at an interesting time because obviously at the moment the dust has kind of somewhat settled on the FTX fiasco.

But why is Goldman's name tied to this? Well, the first thing is the relatively easy picking; meaning that the implosion of FDX has heightened the need for essentially trustworthy regulated cryptocurrency players. Big banks have seen this as an opportunity to basically pick up some of that flow.

But you may think “well if I'm trading Bitcoin, why do I need trustworthy regulated crypto players?”
Well that's it. We're talking about institutional flow which makes up the largest proportion of volume. So given what's happened, it really has laid bare the situation currently that we have with other players in the market like FTX.

How has the recent developments in the crypto landscape impacted Goldmans?

According to the Head of Digital Assets of Goldmans, he expressed his views stating that while this is a setback, FTX was kind of like the poster child and quite central to the ecosystem. He states that while this has impacted  broader sentiment, the underlying technology has continued to perform which is what Goldman's is positioning themselves for as a long term strategy pivot

Goldmans has invested in eleven digital asset companies that provide everything from compliance, cryptocurrency, data blockchain management and so forth. It is really interesting to see how these banks are positioning for the future.

Impact of the FTX Collapse on the Job Market

The other offshoot of the FTX debacle is that Goldman sees this as a great recruitment opportunity. November was brutal for tech job cuts; for example if you just took Meta, Amazon and Twitter alone, you're talking about 30,000 job cuts in one month. Also if you look at the year to date so far, that is just the tech sector, it’s about 100,000 jobs.

So there's definitely an ability to pick up engineers. For example, Goldmans himself, the head of Digital Assets, has said his team is kind of fine at the moment, but they are building out their private distributed ledger technology at the moment. A

So overall the main crux of this is that now sentiments have steadied a little bit in the wake of the FTX situation bringing in a meaningful moment in the kind of milestones of crypto adoption. It's been quite interesting to see how one company's losses  are other companies' gains, and in this instance Goldman's definitely has been a part of that.

The Credit Suisse shares are up, so they're actually outperforming the market, which sounds a bit odd because their shares have obviously been hammered of late. But Credit Suisse have just completed a 4 billion franc two pronged capital increase. So dollar terms talking about 4.3 billion usd. Investors agreed to buy 98.2% of the stock on sale in the rights offer to raise about two and a quarter billion Swiss francs. And the remainder of the stock will be sold in the market at or above the offer price of around  252 francs a share.

The rights issue was the second leg of the bank's capital raising. So the firm already raised 1.76 billion francs through a private placement last month to investors, including the Saudi National Bank which will become the largest shareholder with just under 10%.

So why is this happening? Possibly shorting up their finances to address their investors' concerns after billions in losses over the past few years, recent client defections and asset outflows have been fairly violent, as we know, in recent months. So the funds are going to help pay for the exit for the firm to exit from large parts of its investment bank and also the 9000 job cuts and the various packages that go along with that as well. So their shares are up.

Butwhy do a rights issue like this? Well, it's a good way to kind of tap into your existing shareholders when there's a time of general weak sentiment perceived around your company from external parties  who then you would otherwise go to to raise capital. So in this way it's a way of trying to plug the hole.

Would you want to participate in that rights issue? Well, this is all to do with the belief or not whether you think that they can pull off this aggressive restructuring plan that's already been tabled. And so yes, at the moment they're off their lows. But in context they're up about 3% at the moment today. But for the year to date performance they are still down around two thirds of where they were trading at the beginning of the year, so still heavily discounted. 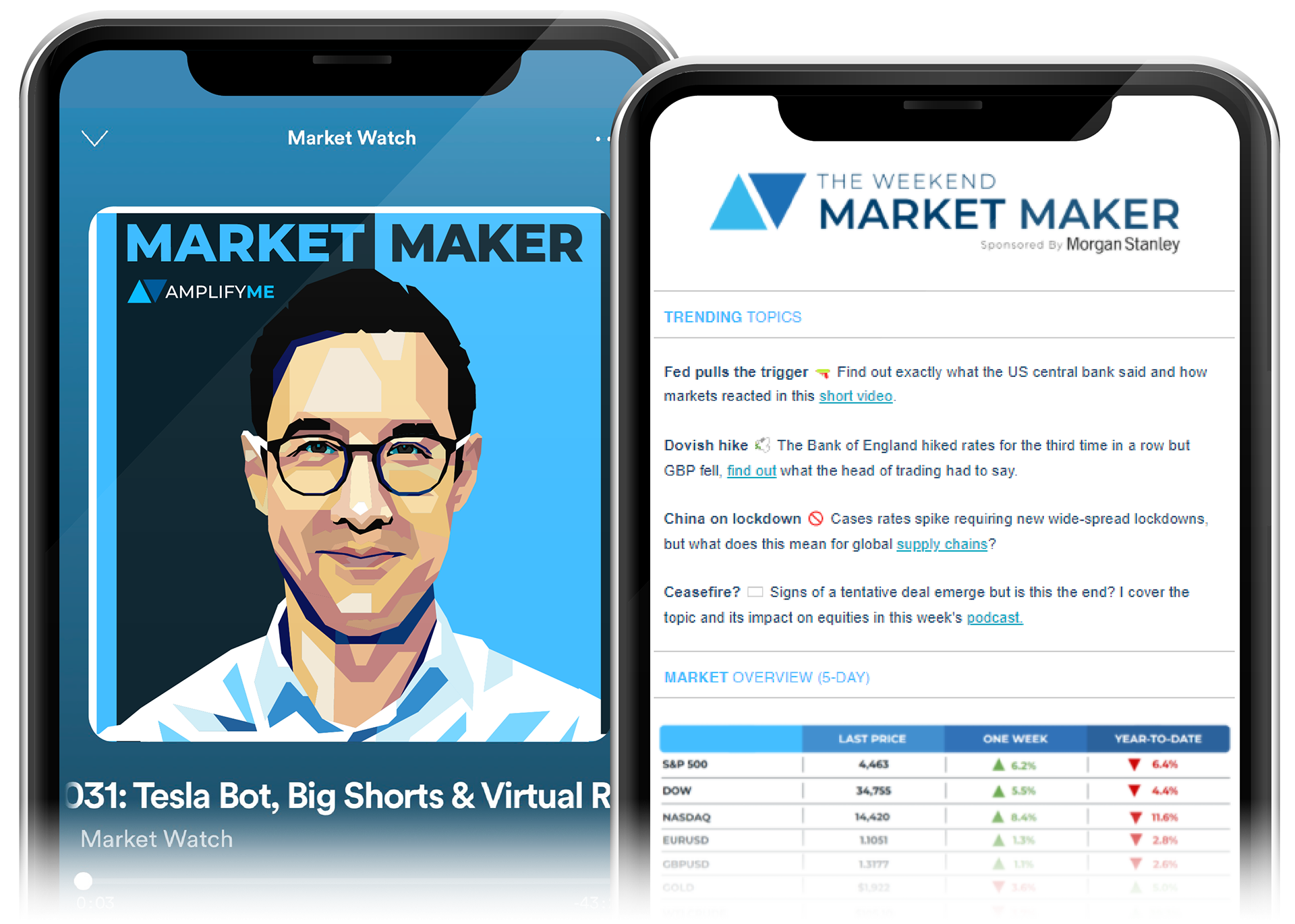 Academic knowledge is not enough, you need to know what's happening in markets today!

From analysis on the latest news to insights across Wall Street and career tips to help you secure your future role in finance.